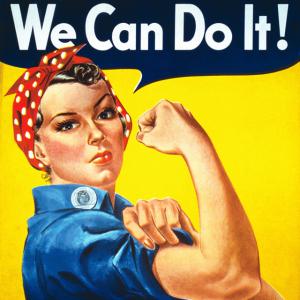 You may not have read about these ladies in high school!

It’s Women’s History Month, vinas! We’re celebrating all the brilliant women who have made their mark over the course of our world’s history. I want to share with you some incredible women that you may not have heard about but have made a huge impact on today’s world. Let’s get to it!

I’m willing to bet most of us consider computers to be a late 20th century technology, but would it blow your mind to know they actually got their start in the early 1800s?

Ada Lovelace became known as the world’s first computer programmer. She was born to Lord Byron, a well-known poet who was determined to have his daughter excel in the studies of science and mathematics instead of following his footsteps into the arts. When she was a teenager, she met Charles Babbage, who we know today as the father of computers. Babbage created the Difference Engine (a device to create math tables automatically and without errors), then the Analytical Engine. In 1842, Babbage gave a lecture on the latter and commissioned Lovelace to translate the lecture from French to English. She added her own notes to the transcript, proving she knew the machine just as well as Babbage. In her notes, she created the first algorithm on paper.

She correctly predicted Babbage’s Analytical Engine would compose music and be quite useful to science. More than a century down the line, it was a reality. It’s hard to imagine where the world would be without Lovelace’s brilliant STEM mind.

Modern astronomy was revolutionized by a young woman name Williamina Fleming, who emigrated to the United States (Boston, to be exact) with her husband in the late 1800s. Shortly after arriving, he left her while she was pregnant. She found work as a maid for a Harvard College astrophysicist, Edward Charles Pickering.

The story goes: Pickering was tired of his male assistants not being able to live up to his expectations and he would complain, loudly, that his “Scottish maid could do better” than they could. And well, he was right.

Pickering taught Fleming how to analyze stellar spectra (the pattern of lines created when a star shines through a prism) and she eventually became best known for her work doing so. She discovered, among the thousands of stars she catalogued, the Horsehead Nebula in 1888 and many other significant celestial bodies. Before her death in 1911, she published multiple studies on her star and white dwarf discoveries and was awarded a medal for her discovery of new stars.

This woman did it all! Jane Addams was the founder of one of the first social settlements in Chicago and is known today as the “Mother of Social Work.” Addams worked hard to help the poor, fought for women’s rights and peace, and gave public lectures around the country in an attempt to teach those who could not afford traditional means of education.

Addams’ extensive resume includes social activist, author, leader of suffrage in the early 1900s, community organizer, philosopher, and advocate for peace. She completely changed the sociological practices surrounding social work by instilling a new model of social reform and theory building, instead of just simply visiting with the poor. Her theories became central to the field of social work and are still practiced today.

Some things you may recognize that were a direct reflection of Addams’ impact on the world? Namely, she helped shaped what we know as the United Nations today. Additionally, she founded the Women’s International League for Peace and Freedom, cofounded the American Civil Liberties Union, and was the first woman to win a Nobel Peace Prize, awarded in 1931.

People in the healthcare world may have heard of Henrietta Lacks because of her profound contribution to modern medicine, but for those not in the know…

In early 1951, Lacks went to John Hopkins, the only hospital in her area who would treat black people in the mid-1900s, complaining of a “knot” in her womb. She was pregnant; after giving birth, she suffered from a severe hemorrhage and was misdiagnosed, but that wasn’t discovered for nearly twenty years after the fact. And, it was only discovered because without her consent or knowledge, doctors took samples from her cervix during her course of treatment.

Lacks died of cervical cancer in 1951, but her death was not in vain. Her cells became known as HeLa, the first immortal cell line in the history of modern medicine. HeLa is responsible for some of the most significant medicinal advances in the 1970s – from the polio vaccine to chemotherapy, gene mapping, and even IVF treatments. Had doctors not taken her cells to study, modern medicine may not be what it is today.

We may know more about her because of the recent award-winning film “Hidden Figures,” but most of us aren’t aware of the women behind the men who got Americans into space. Katherine Johnson was instrumental in space exploration efforts. Known for calculating trajectories and launch windows for early NASA missions, Johnson is an African American physicist and mathematician.

Johnson quite literally worked as a computer, providing calculations for trajectories for many space endeavors, including the 1969 Apollo 11 mission. She also assisted with backup procedures for one moon mission we’re likely all familiar with – Apollo 13.

Now 98, Johnson was recently awarded the Presidential Medal of Freedom by President Obama (one of many awards she has received throughout her lifetime) and has created an everlasting legacy. Without her knowledge and expertise, we might not have had a successful moon landing in 1969.

Have a woman in mind who made a profound mark on history? Tell us in the comments who your historical sheroes are!