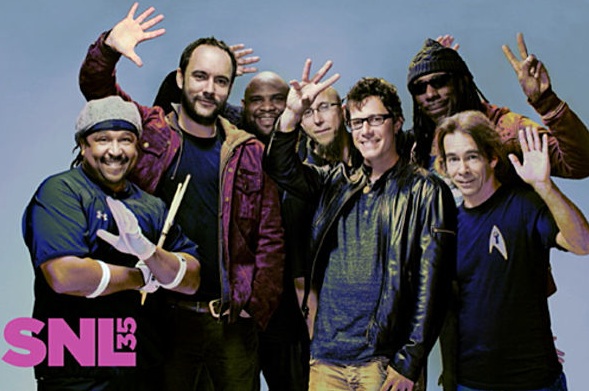 In case you haven’t been able to figure it out yet, I’m kind of obsessed with DMB. I came across this challenge via @JTR89’s twitter page, who originally found it on danayylovedmb‘s Tumblr. I am going to have to take part in this challenge! To save my dear readers time and trouble of looking through multiple posts, I will update the challenge list here. Peace, love, & DMB forever. :) I love this band. The only way this picture could be more beautiful is if LeRoi were still with us. We will never forget the impact he made on this band and the fans. Rest Peacefully, Roi. <3

While I don’t remember the exact day I discovered this amazing band, I do recall that I was in high school when I started listening to them. My cousin was a huge fan, and he got me hooked. I started learning the songs, reading about the band, but I had not seen them live. The moment I saw a show, it was over. My like turned into love, which turned into obsessed… and here we are, 14 shows later.

This is a tough one, but I can honestly tell you I’ve always been able to say that Dancing Nancies is my fave DMB jam. The lyrics, the music… album or live, it doesn’t matter what version. I am partial to Warehouse following (live versions), but I’m happy when I hear this song no matter what. It always helps me remember that no matter what is going on, I can get through it and find a brighter day. This song helps me remember that I could have really been anything, but what I am is who I was meant to be. <3
A close second would have to be a tie between Bartender, Don’t Drink the Water, and #41. It’s so hard to choose, so that’s why I have a top 10-20. ;) My favorite album has to be Before These Crowded Streets. When I first listened to this album straight through, I was blown away. It was darker than the albums before, and was wonderfully produced. It doesn’t get better than BTCS. My favorite track on this album is hard to choose. I think it’s a tie between Don’t Drink the Water and Pig, although I am partial to The Stone and The Last Stop as well. Quit making me choose! ;)

That’s easy… Live Trax 15, Alpine Valley. This is the release that made me fall in love with Louisiana Bayou. Not to mention the Too Much-Fake>Halloween, Water into Wine TWICE, and that epic Two Step closer. *drools* Can you tell I was excited? <3

I honestly don’t remember! I know I heard songs from Crash on the radio when I was in high school… but the first song I really remember hearing – actually hearing – was #41. I fell in love immediately. :)

For this one, you’ll have to stay tuned for the Panda Adventures. ;)

That’s a tough one to narrow down! There are many songs that remind me of many things, so that might take more time than I have right now to think about! How about a couple – Grey Street makes me think of my first show. Crush, Rapunzel and You & Me makes me think of my sweetheart.

…How about songs I don’t know the words to? That would be the new stuff, like Black Jack, Break for It, etc. :)

My fave music video would have to be Crush or Don’t Drink the Water. I also really like Dreamgirl, because every member of the band has some kind of cameo.

My least favorite song? Wow… I guess I will have to go with You Might Die Trying. It’s not bad and I don’t hate it by any means, but it is what we (my DMB Twitter family) like to call a “pee break” song. LOL

Their talent is exceptional. The lyrics and music, and how it all rolls together blows my mind. Dave sings my life, and the boys play it. Every single live show is different. I have met incredible people because of our love for this band. They are inspiring. I can relate to what Dave writes and sings. They are all such great guys – family men who have morals and values. They are also all nice to talk to, and are willing to take photos and sign autographs with smiles on their faces. They love their fans as much as we love them. This list could go on and on…

“Could I have been anyone other than me?” “I will go in this way and I will find my own way out.” “Lean upon me, I’ll lean up on you, We’ll be ok.” “I was just wondering if you’d come along, hold up my head when it won’t hold on…” “Naked you will see that we are all the same.” “Forever dancing with the GrooGrux King…” Oh man… the possibilities are endless. Let’s start with a bike ride  and end with a relaxing dinner, complete with lots of wine. Whatever happens in between happens. I’m not that picky, just wanna hang with them. :) That would be ideal.

This band has changed my life in so many ways… the way I think about things mainly. I listen to their lyrics and music and use them in my life for day to day activities. It’s something I have found I relate to more than any church, any religion, or anyone. It’s like he really does sing my life… and knowing there are so many others out there that feel the same way I do is amazing. I have met many awesome people because of this band. <3 Big Whiskey & the GrooGrux King, by far. Dave’s own work, the references made in the cover art… it’s beautiful and personal.

I’ve been a fan since high school, but I really got into their music when I began college. In the last 4 years, I’ve become obsessed, especially after my first live show. I’m completely random. I talk too much, trying to point out the key factors of a song… It’s ridiculous. It’s like… “OMG, listen right….here! Did you hear that? Ahhhhhh!”

Pretty sure I answered this… Yes, see Favorite Quote(s). :)

This is a loaded question. When I heard he passed away, it devastated me. The day he died was also the anniversary of my oldest brother’s passing. When the boys decided to play their show as scheduled, it made my heart heavy. They just lost someone so close to them, and went on with the show – because Roi would have wanted that. Every time I hear “Why I Am,” I cry. I can’t help it. His talent was astonishing; his skills so refined. He is sorely missed.

I don’t even know where to begin with this one. I would be honored to write a song with them… but I have no idea what direction it would take! We’ll see… :)

I would have to say Spoon. I think I could definitely pull off Alanis’ part. :)

I’m devastated! I’m going to have to find something else to do next summer. Boooo… but on the plus side, I do have plenty of time to save up for Gorge 2012 and a few more shows now… :) Dear Dave – Will you please be scruffy at all the shows? And come hang out with the DMB Twitterfam when you’re done with your break. Love, Me.
Dear Fonz – Could you please do the All Along the Watchtower intro like this summer, where you crouch down on the stage and play? That was awesome. Love, Me.
Dear Boyd – Keep tearing up that violin. <3 Love, Me.
Dear Carter – I love your smile. Love, Me.
Dear Jeff & Rashawn – The element you bring to the band is breathtaking. Thanks for everything. Love, Me.
Dear Tim Reynolds – you are a badass. That is all. Love, Me.
Dear Roi – WE MISS YOU AND ALWAYS WILL. <3

To see the entire list for the 30 day challenge, please visit danayylovedmb.tumblr.com.